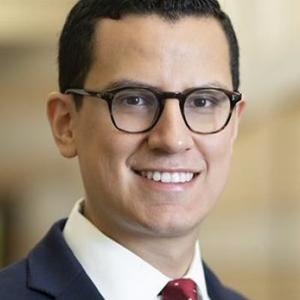 Alejandro Estefan is an assistant professor of development economics at the Keough School of Global Affairs. His research focuses on human development, with the goal of informing policy decision-making in Latin America and elsewhere. Estefan’s areas of study include the factors that lift individuals out of poverty; the effects of public investments in schooling; female labor force participation and its impact on gender violence; and state capacity and tax revenue collection. His areas of expertise include labor economics, public finance, and macroeconomic policy.

Estefan’s research approach relies on the application of rigorous econometric techniques to evaluate social policies. He has collaborated extensively with multilateral agencies including the World Bank, and with local governments in Mexico and Colombia.

Estefan previously worked as a senior policy analyst for the Presidency of the Republic of Mexico and for the Ministry of Social Development. He earned a master in public policy from the University of Chicago and a PhD in economics from University College London.