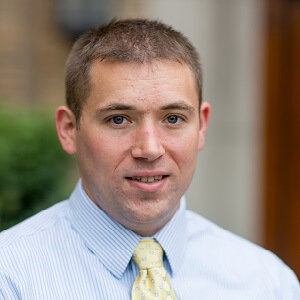 Michael Baker grew up in Texas. In 2010, he graduated from the United States Military Academy at West Point with a B.S. in Economics. Over the last eight years he has served in various command and staff posions as an Armor and Cavalry officer in the United States Army, completi​​​​ng a combat deployment to Afghanistan and operational deployments to Kuwait and South Korea. Michael is slated to serve as an instructor in the Department of Social Sciences at West Point following completion of the Ph.D. program. He is married to his wife, Heather, and has two daughters: Ella and Violet. He is most interested in the study of econometrics.