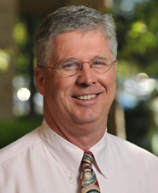 From the late 1980s to the early 2000s, the rate of Attention Deficit Hyperactivity Disorder (ADHD) diagnosis soared 500 percent.

Today, five to 10 percent of all U.S. children between the ages of six and 18 have been diagnosed with ADHD. But according to a recent study led by University of Notre Dame Keough-Hesburgh Professor of Economics William Evans, 1.1 million children may have been misdiagnosed.

The new study, which will be published in the Journal of Health Economics, suggests that the ADHD epidemic may be driven partly by misdiagnosis. Evans and his colleagues at the University of Minnesota and North Carolina State University reached that conclusion based on statistical analyses of data on ADHD diagnosis, medication treatment, and the age of those diagnosed relative to peers enrolled in school.

The researchers discovered that children born just after the cutoff date for enrollment, who were relatively old for their grade, had a significantly lower incidence of ADHD diagnosis and treatment than classmates born just before the cutoff who are young for their grade. All things being equal, such a disparity should not exist. The fact that it does suggests something other than the disorder is causing the increase in diagnosis.

Evans and his colleagues conclude that some children may be mistakenly diagnosed with ADHD because they exhibit more immature behavior than older classmates, and more than 800,000 may have received stimulant medication due only to relative maturity.

The researchers note that diagnosing ADHD is difficult. Children who have the disorder are hyperactive, have a difficult time staying focused, and act impulsively, but even non-ADHD children occasionally exhibit such behavior. For those truly having the disorder, however, the behaviors are pervasive and persist into adulthood.