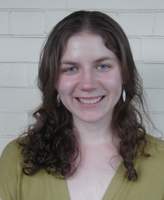 When she first arrived at the University of Notre Dame, Karen Stockley ’08 had no plan to major in economics and says graduate school wasn’t on her radar either. Today, she is pursuing a Ph.D. in economics at Harvard University and already has three years of professional research experience, an award-winning paper to her credit, and a bright future in healthcare economics.

It was a Principles of Economics class during her very first semester, Stockley says, that sparked her interest in the field.

“I really liked the ability to formalize what are very intuitive results,” she says. “The core ideas in economics aren’t overly complicated, and yet having a formal framework to look at problems using these ideas produces surprisingly powerful results.”

Health by the Numbers

In the fall of her senior year, Stockley took a health economics class with Keough-Hesburgh Professor of Economics William Evans and then the following spring took a course he designed to expose students to intensive academic research.

As part of that class, Stockley co-wrote a paper with fellow student Ann Walter on the State Children’s Health Insurance Program, a topic suggested by Evans. The paper went on to win a Bernoulli Award in the annual competition sponsored by the Department of Economics to encourage undergraduates to do statistical research worthy of being published in peer-reviewed journals.

“I had read academic papers for other classes, but I hadn’t thought deeply about what was behind the results,” Stockley says. “The project gave me the opportunity to experience the entire research process.”

Building on that experience, she took a job after graduation as a research assistant at the health policy center at the Urban Institute in Washington, D.C. There, Stockley’s work included quantitative analysis of government surveys and, most significantly, evaluations of the Massachusetts healthcare reform legislation that passed in 2006.

“It was a fascinating time to be working in Washington, those years leading up to the national health policy debate,” she says. “A lot of the elements in the national health law have their foundation in the Massachusetts reform, so there was interest from policy makers and academic researchers in determining its impact. It was exciting to see that my work was immediately relevant to national policy.”

Research for the Real World

It was this work, and the potential to make an impact in the real world, Stockley says, that convinced her to pursue a graduate degree. “It became clear that the only way I could do this as a career was to get a Ph.D. and learn the technical tools I needed to lead projects.

“My years at Urban helped me focus my research interest, and it gave me a lot of institutional knowledge of the healthcare system and what research is really like,” she continues. “The first year of graduate school is very difficult, so it’s important to know why you’re here and what you ultimately want to get out of it. Having worked those years, it’s very clear to me why I’m working this hard right now.”

Stockley also credits Evans as a “big influence” in her career choice.

“His class was the first time I had been exposed to health economics, and working with him on the paper was my first exposure to what the research process was like,” she says. “I then kept in touch with him during my years working and when I was applying to graduate school. It was extremely helpful to have him guiding me, thinking about what programs were best suited to me and writing a letter of recommendation.”

Stockley says she plans to continue to focus her research on health economics during her doctorate program and well into the future. “It encompasses so many different aspects of economics. Health care is about 18 percent of the total GNP, approaching 20 percent in a few years.

“That’s one-fifth of the national economy,” she says, “and that’s a huge motivation to study and work in this area.”