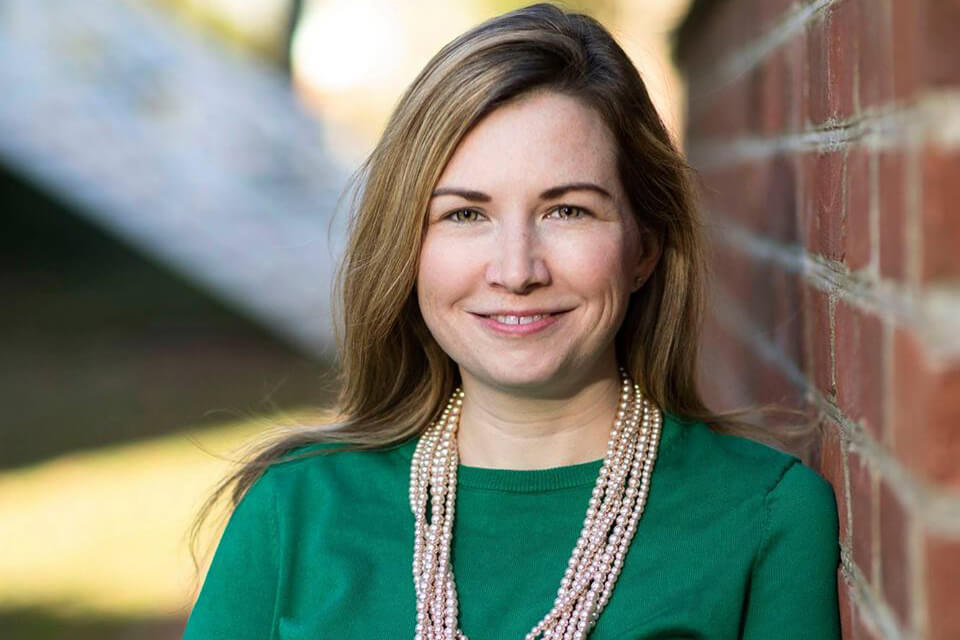 By the time children are 5 years old, there is already a distinct gap between those ready for kindergarten and those who aren’t. And for the children who lag behind — most often those from lower socioeconomic backgrounds — that gap may never close.

Chloe Gibbs ’00 wants to determine how preschool can best prepare those children for kindergarten and for success later in life.

Gibbs, an assistant professor in the Department of Economics, has been awarded a grant from the National Science Foundation for her project, Parenting, Preschool, and the Production of School Readiness and Later Academic Outcomes.

“There is convincing evidence, in economics and more broadly, that investments in preschool are really important for kids’ trajectories and their success in school and beyond,” she said. “Now, we need to understand more about how those investments work. What are the mechanisms? Who are they most effective for? And what are the critical components of an effective program?”

In the first year of the study, Gibbs is exploring a number of variables, including the relationship between parenting practices and the early education environment.

Beginning this fall, she will follow approximately 3,000 Wisconsin preschoolers for a year before they enter kindergarten, examining the number of days and length of time the children attend preschool, the benefits of summer programming, and the effects of educating their parents on early literacy practices.

“Preschool is very important, but it can only do so much,” she said. “Understanding how we can couple these programs with changing parent behavior and influencing what parents are doing in the home, I think, could be a much more powerful combination.”

In fall 2019, Gibbs will launch a second part of the study, measuring the effects of half-day or full-day preschool on kindergarten readiness in 1,000 additional children slated to begin school in 2020.

It is one of the first studies to examine the federally funded Head Start program in such a comprehensive way.

“I’ve worked on early childhood-related projects for a long time, and I felt like there were big holes in the literature and areas that we didn’t quite understand yet,” Gibbs said. “Answering those questions can get us more traction on the issue of getting kids ready for kindergarten, and particularly, closing the gaps between kids from low and high socioeconomic status backgrounds.

“If we can close those gaps early, I think it could have really meaningful and long-term effects.”

Gibbs, who received a bachelor’s degree in government from Notre Dame’s College of Arts and Letters in 2000, is a faculty affiliate in the Wilson Sheehan Lab for Economic Opportunities. She said that the support she’s received from the University and from LEO are essential to her work. In particular, LEO’s established relationships with social services providers and Wisconsin policymakers, along with her own contacts at the U.S. Department of Health and Human Services, facilitated the implementation of the study.

“Notre Dame has a really special combination of the resources to conduct high-quality, rigorous research, the interest in projects that are policy-oriented, and these relationships with providers — that is often a really hard piece for people in academia because they’re not tied directly to what’s happening in the field,” she said. “So it’s been a natural fit for me.

“Most importantly, I want my research to really inform what’s happening in the field and to benefit the kids who most need these resources — and I think that ties directly into both LEO’s mission and the University’s mission.”

Originally published by Carrie Gates at al.nd.edu on November 14, 2018.