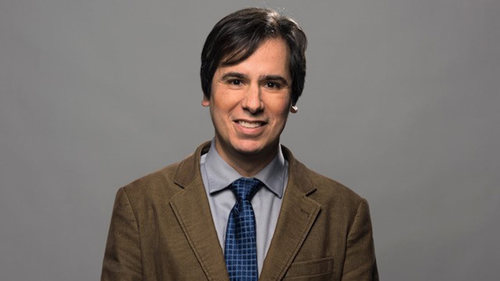 University of Notre Dame faculty member and alumnus Carlos Lozada, the nonfiction book critic for the Washington Post, is the recipient of a 2019 Pulitzer Prize for criticism, journalism’s highest honor.

In announcing the award April 15, the Pulitzer jurors cited Lozada “for trenchant and searching reviews and essays that joined warm emotion and careful analysis in examining a broad range of books addressing government and the American experience.”

A 1993 graduate of Notre Dame with a master’s degree in public policy from Princeton University, Lozada has since 2009 taught a course titled “American Political Journalism” in the University’s Washington Program.

He earned a master’s degree in public policy from Princeton University and worked as an analyst for the Federal Reserve. Lozada then shifted into journalism, working as managing editor for Foreign Policy magazine before beginning his career at the Washington Post.

He is a native of Peru whose family moved to the United States when he was 3. He has worked as a writer and editor at the Post since 2005.

He credits his time in Arts and Letters with helping him develop foundational skills that sparked his success in journalism.

“What the liberal arts education at Notre Dame really did for me was it helped me to learn how to think, how to marshal my arguments, and how to learn from people around me,” he said. “To be a journalist you have to have this inherent curiosity and inherent skepticism, and I think those two qualities were really stoked and inspired at Notre Dame.”

Originally published by Dennis Brown at news.nd.edu on April 16, 2019.