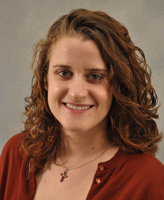 You can find economists working almost everywhere and in almost every field, from college sports to Internet auction sites, the music industry, and even NASA. And this mind-opening diversity of career paths is at the heart of a new speaker series sponsored by the undergraduate Economics Club of Notre Dame and the College of Arts and Letters Department of Economics.

“This series is a great way to give perspective to the major,” says senior Kathleen McKiernan, an economics major and club treasurer. “We learn in our classes all of the theories of economics—but this series is a way to show us what economists are doing outside of academia.”

Called “What Can Economists Tell Us About _____ ?”, the series invites four leading economists to campus each year, two in the fall and two in the spring, who will fill in the blank about the industries where they apply their expertise.

The inaugural event featured Preston McAfee, vice president and research fellow at Yahoo! Research, where he leads a group focused on microeconomics research. His talk focused on the economic design of Internet advertising exchanges. 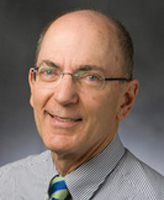 The second event featured insights from Charles Clotfelter, author of the 2011 book Big-Time Sports in American Universities. The Z. Smith Reynolds Professor of Public Policy at Duke University, Clotfelter is also professor of economics and law and the director of the Center for the Study of Philanthropy.

Topics planned for spring 2012 include “Gangsters and the Dark Side of Development” and “Are There Profits in Corporate Social Responsibility?”

“We hope that these lectures will show students that economics can be used to analyze many problems that are interesting as well as important,” says Gilbert Schaefer Chair in Economics Richard Jensen, who also serves as department chair.

Economics is much broader than many people think, and the topics covered by the series only hints at the breadth of opportunities open to graduates with an economics degree, adds William Evans, Keough-Hesburgh Professor of Economics, who worked with students to organize the series.

“I like these lectures because they cover subjects about which some would not think economists have much input. We also want to illustrate how economists think about and break down problems,” he says. “On many issues, economists have a unique perspective, and the selection of topics and speakers will help indicate this.”

McKiernan, who attended both lectures in the fall, says she found them as entertaining as they were educational. She is planning to attend both spring lectures—and strongly encourages other majors and potential majors to go as well.

“Since the speakers talk about ways they are using their economics backgrounds to do work in various fields, this is a way for economics majors to see that there are many roads open to them.”

Participating in the discussion of real-world applications of economics can benefit students and faculty from other disciplines and members of the public as well, says Evans.