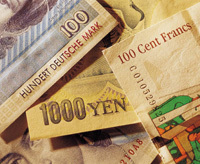 Beginning in fall 2013, Notre Dame undergraduate students interested in pursuing international economics as a major can choose from among five new language options: Arabic, Chinese, Japanese, German, and Russian. These are in addition to the three Romance languages—French, Italian, and Spanish—already available.

International economics, the newest major within the College of Arts and Letters, combines substantial coursework in the Department of Economics with advanced training in language and culture. It also provides students with the potential for overseas internships and specialized research projects.

“With the addition of these languages, the international economics major is an even more attractive option for undergraduates who want to prepare for international careers,” says Richard Jensen, Gilbert F. Schaefer Professor of Economics and chair of the Department of Economics.

“Our students now have the opportunity to study the economics, culture, and language of the most important markets worldwide.”

Since the major was introduced in fall 2012, students have responded enthusiastically. “The major has attracted almost 70 students in just over a year,” says Mary Flannery, director of undergraduate studies in the Department of Economics, “and with the addition of the new languages this fall, we are expecting this growth to accelerate.”

The international economics major exemplifies the College of Arts and Letters’ cross-disciplinary approach to developing business leaders and global citizens who have both the analytical and cultural skills needed to navigate today’s interconnected global economy.

“This collaboration addresses a key area of interest,” says Dayle Seidenspinner-Núñez, chair of the Department of East Asian Languages and Cultures. “Nearly half of the students in our program—who are currently majoring or minoring in Chinese or Japanese—are also majoring in business or economics.

“We are excited to offer this opportunity for our students to pursue both fields of study in a more integrated way.”

China and Japan represent the second- and third-largest economies in the world, after the United States, notes Seidenspinner-Núñez. And in 2011, China surpassed Japan and the United States in the number of patent applications filed, accounting for 72 percent of the world’s patent-filing growth between 2009 and 2011. 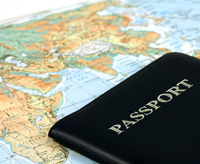 German is expected to be a popular option for international economics majors as well. “One just has to look at the current global economic crisis to see the leadership role that Germany is playing—and will continue to play,” says Denise DellaRossa, teaching professor and director of undergraduate studies in the German program.

“Combining the study of German language and culture with the study of economics is a natural move for the two disciplines. We want our students prepared to be a part of what may come next.”

Knowledge of the Russian language and culture will also be a valuable commodity as that nation seeks to once again become a major player on the international stage, adds David Gasperetti, associate professor of Russian and chair of the Department of German and Russian Languages and Literatures.

“With vast reserves of natural resources, Russia has been working to extend its influence in European, Asian, and even American markets in a way it has never done before,” he says. “Tracking, anticipating, and analyzing this process will be not just a matter of problem solving but also to some degree of national security.

“Students who combine the study of economics with Russian will be preparing themselves to engage with one of the most important economic developments of the first half of the 21st century.”

This is a time of unprecedented political change in the Middle East as well, says Elizabeth Mazurek, chair of the Department of Classics, which houses the College’s Arabic language program.

U.S.-Middle East relations are also shifting in the wake of America’s move toward energy independence, and key for the United States as it seeks to increase exports and sustain economic growth is reaching consumer markets in this region, she says.

For students seeking to understand these markets, Arabic language and culture studies will be crucial. “An important part of the Arabic curriculum at Notre Dame,” Mazurek says, “is the study of Islam, which goes far beyond the Middle East and influences consumer markets in large parts of Africa and Asia as well.”

No matter which course of language and cultural studies students choose, Jensen says, the new international economics major can position them to become leaders in business, government, or nonprofits.

“With 92 percent of the world’s economic growth happening outside the United States,” he says, “linguistic and cultural fluency are important skills for anyone in today’s job market.”

The first class of international economics majors will graduate in spring 2014.

“These seniors are involved in exactly the type of interdisciplinary research we envisioned as part of their capstone projects,” Flannery says. “Many of them have been able to integrate their study abroad experience seamlessly into the major curriculum when they return to Notre Dame.

“The students have also found the combined language and quantitative skills to be an asset in the increasingly global workplace.”