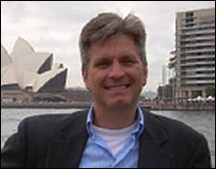 The Federal Reserve’s half-point interest rate drop to 4.75 percent – a move intended to boost consumer confidence and blunt the economic damage from slumping housing and credit markets – actually was a bid to rescue ailing financial institutions, according to a University of Notre Dame economist.

“The Fed finally raised the white flag and gave the financial markets what they wanted – a big cut in the Fed funds rate. Despite all of the Fed claims that this was done for ‘broader’ economic reasons, in the end this is a bailout for all the financial entities that took big bets on risky sub-prime mortgages and lost,” said Christopher J. Waller, an economics professor who specializes in monetary theory, dollarization and political economy of central banking.

Though stocks immediately soared with the news of lowered rates, Waller believes the amount of the drop was dictated by pressure from troubled financial firms.

“I doubt that, in the absence of the sub-prime fallout, the Fed would have cut the Fed funds rate by a half-point based on the same set of economic data – maybe one quarter but not one half,” Waller said.

The Federal Reserve has not cut the rate in more than four years, and for consumers, this could mean lower costs on loans for major purchases like homes and cars.

Waller is the Gilbert F. Schaefer Professor of Economics at Notre Dame and has served as a visiting scholar at the Federal Reserve Board of Governors, the Federal Reserve Banks of St. Louis and Cleveland, the Central Intelligence Agency and the Economics Education and Research Consortium. His research has been published in several top economic journals including “American Economic Review,” and “Journal of Monetary Economics.”

Media Advisory: Waller’s comments may be used in whole or in part. He can be reached for further comment at 574-631-4963 or cwaller@nd.edu

View the original press release at News and Information

Originally published by Susan Guibert at newsinfo.nd.edu on September 19, 2007.