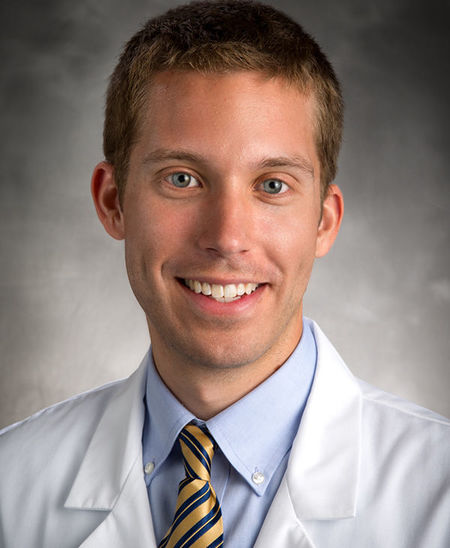 He arrived at Notre Dame in fall 2008 as a transfer student from the University of Kansas. He knew he wanted to go to medical school, but he sought something beyond a strictly science-based course of study.

“I wanted a broader experience than just a traditional biology or chemistry major,” Winkler said. “I enjoyed economics, so I took a few classes and found I could explore a wide range of ideas and topics.”

He chose to major in economics and Arts and Letters pre-health, a combination he says led to him to where he is now — a graduate of the Duke University School of Medicine and a resident physician in radiology and biomedical imaging at the University of California, San Francisco.

And at every step along the way — including a year of service in Guatemala — Winkler has relied on his Arts and Letters education to guide him.

“I use almost every single bit of it every day,” Winkler said. “I can firmly tell you that I have serious doubts I would be where I am had I not taken the liberal arts track at Notre Dame.”

A broad range of experiences

In the College of Arts and Letters, Winkler pursued a diverse undergraduate education and found ways to blend his interests in classes such as health and behavioral economics.

The skills he developed in his liberal arts classes proved very relevant to his work as a doctor, he said.

“I rely on the ways I learned to critically examine academic papers and studies,” Winkler said. “And the academic writing I did in many of my economic classes, I still do today. Writing concisely and clearly and being able to integrate multiple concepts and ideas — that is very much a liberal arts skill.”

In his classes, and the people he met in them, Winkler learned not only valuable skills, but new ways of thinking, in fields like theology and philosophy.

He also learned to view problems in new ways and search for solutions he had never before considered. And perhaps most importantly, Winkler’s Notre Dame experience instilled in him a desire to serve.

“The liberal arts education opened my mind to these sorts of things, particularly serving others, and that’s how I ended up choosing what I was going to do beyond Notre Dame,” he said. “In the same way that I wanted a broad experience by choosing the College of Arts and Letters, I wanted a broad exposure to the world before continuing on in medical school.”

“The liberal arts education opened my mind to these sorts of things, particularly serving others, and that’s how I chose what I was going to do beyond Notre Dame. In the same way that I wanted a broad experience by choosing Arts and Letters, I wanted a broad exposure to the world before continuing on in medical school.”

A call to serve 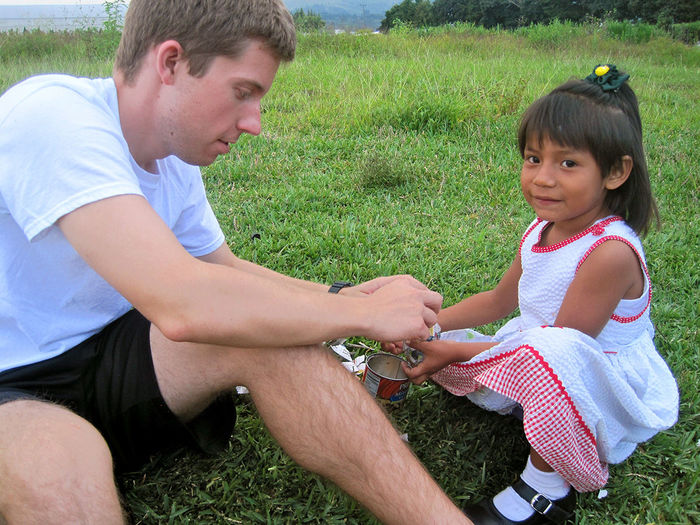 That’s how he ended up in the small town of Parramos in southern Guatemala, spending a year serving with Nuestros Pequeños Hermanos. He worked as a clinic assistant at the organization’s in-house medical clinic, which operates homes for orphaned and impoverished children throughout Central and South America.

There, Winkler had the chance to build on the Spanish language skills he’d developed in Arts and Letters while carrying out his ultimate goal of caring for others.

Winkler applied to medical school from Guatemala and ultimately chose Duke. He graduated in 2016 and took a preliminary internship in Newport News, Virginia, before starting his residency at UCSF. He will finish his residency in 2021 and then, most likely, complete a one-year radiology fellowship.

After that, he’s not sure exactly where he’ll go, but he knows he’ll count on his Notre Dame education to light his path.

“I’ll have to make a decision about whether I’m interested in an academic job, a private practice job, or a combination, and even what my primary focus is within radiology,” Winkler said. “I could also end up in a research role or put my economics background to good use and end up in either administration or health-care policy.

“There are so many options available, and I think being able to take advantage of them comes from having that exposure to various ways of thinking and doing things. My Arts and Letters experience really gave me that.”

Originally published by Jack Rooney at al.nd.edu on December 05, 2018.